Expand your Ford’s capabilities by attaching a quality aftermarket Towbar with Speedy Towbars, your Towbar specialists. Feel the difference in your wallet with an affordable Towbar on your Ford.

Are you ready for the road ahead with the Speedy Experience?

Get your fast quote now!

We’ll get back to you in 24 hours on business days with a quote and organise a convenient time to provide the service in Brisbane: We care about your Ford driving experience. Our friendly technicians are fully trained to fit Ford Towbars. At Speedy Towbars we’re ready for the road ahead with over 40 years combined experience in fitting aftermarket Towbars including the Ford Ranger Towbar.

At Speedy Towbars we stock all your favourite Towbars including those for the Ford Focus, Ford Ranger (Ute and Trayback), Ford Fiesta, Ford Kuga and the Ford Territory Towbar.

Now, the Ford Ranger is the pick of the bunch if you like off-roading. The predecessor to the Ford Courier, the Ford Ranger Ute finally made it to market almost 90 years after the first Ford ute, dubbed the Kangaroo Chaser, came off the Australian assembly line.

But Ford couldn’t stop with Australian wildlife, launching the Ford Ranger Raptor in 2018. Someone forgot to tell the Yanks that dinosaurs are extinct, even in Australia. 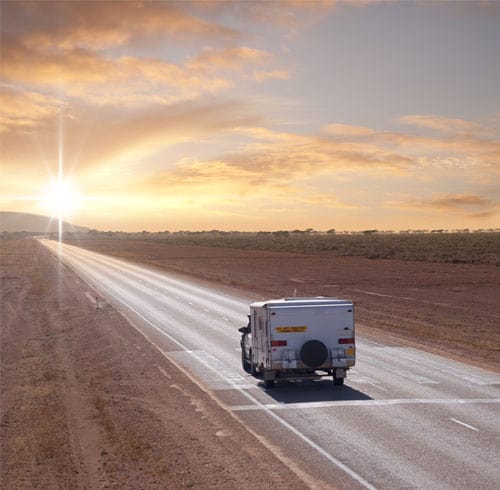 While there are rumours that Ford is discontinuing the Mondeo, our Towbar installation will always be available for the great multitude… constructed of the best materials, by the best men to be hired… even when we borrow an occasional quote from Henry Ford.

Our best men… err that is… our highly trained technicians, men and women at Speedy Towbars, can tell you what’s best for your use and give you a full quote on everything you’ll need including accessories.

So, rev up your engine and get the power of a Speedy Towbar on your Ford.

Here are some of the Ford models we install Towbars on:

TowRite also designs for Ford vehicles. Made here in Brisbane, TowRite Towbars are ADR approved and exceed ADR62 with an extensive range of Towbars.

If you have a Ford Territory built after 2004, TowRite have a quality heavy-duty Towbar that’s specifically designed for this vehicle. The class 4 Towbar with 50mm hitch is built for Australian conditions and comes with a Lifetime Warranty.

TowRite put their Towbars through a three-stage powder coating process which includes an E prime coat. Other advantages of using a TowRite Towbar for this model include: Is My New Car Warranty Affected?

At Speedy Towbars we only install Australian designed and made Towbars that have met Australian standards and that are designed for towing within your Ford vehicle’s towing capacity.

If you tow within your vehicle’s towing capacity then you’re also covered by the:

Some Ford Towbars We Have Recently Installed 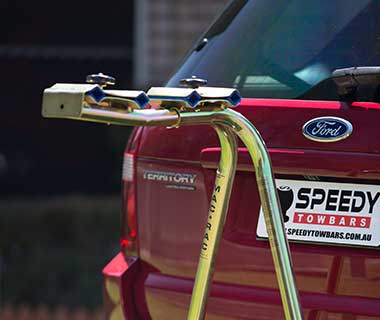 Why Buy A Ford Towbar From Speedy Towbars

Speedy Towbars provide expert advice on all models of Ford vehicles and Towbars. We have one of the largest selections of affordable Towbars in south-east Queensland.

We also supply Towbar accessories. At Speedy Towbars you get affordable, quality Towbars installed with precision and care. Our friendly technicians are trained in the installation and wiring of Towbars on Ford vehicles.

Plus our after-sales service is second to none.

The best price for Towbars and Towbar accessories

What Our Customers Say

Just visited the Everton Hills store… exceptional service and helped us out with our towing needs. Brilliant.

Fantastic service. I had a Towbar fitted to my Camry in about 40 min. Picked up my new trailer the next day. All the trailer lights worked perfectly. Really great price compared…

We can install a Towbar specifically designed for your Ford vehicle in one of our two convenient workshops around Brisbane. If you’re a bit busy, we can also come to you for your Ford Towbar fitting.

Our fully fitted mobile service can meet you at your work, home or other convenient location around:

Drive Off With An Affordable Quality Towbar

Trust your caravan, camper trailer, trailer or bicycles with Speedy Towbars. No more relying on hire cars or other people to tug your things around. Fill in your details for a free speedy quote.

GET A FREE QUOTE NOW

Get your fast quote now!

We’ll get back to you in 24 hours on business days with a quote and organise a convenient time to provide the service in Brisbane:

Click/Tap anywhere outside the form or click the close button on the top right to exit.